Ji-Hae Park’s 2013 TED Talk, “The violin, and my dark night of the soul,” has been viewed by over three million people. This extraordinary young woman is a violin superstar. She has two gold records on the DECCA label and has performed before sold-out audiences worldwide, wowing fans with her “extremely charismatic and emotional” stage presence.

Ji-Hae was an honorary ambassador for the 2018 Winter Olympics in Pyeongchang, and represents her country in many other ways, including as the honorary ambassador of the Korean National Commission for UNESCO since 2015. For her extraordinary activity and influence, Ji-Hae was awarded the Grand Prize of “Most Respected Korean” in 2010, becoming the youngest ever winner of a distinction given to those Koreans who have shown great leadership and influence in encouraging national development and integration for the benefit of the nation. Recently, she was awarded with the "Korea Art and Culture Grand Prix" in Seoul.

Since her first solo recording in Germany, as a 14-year-old violinist, she has recorded nine CDs and two DVDs, revealing the breadth and depth of her musical experience in many genres from classical to rock, and from traditional Korean folk tunes to gospel. Ji-Hae arranges all of the colorful elements on each of her CDs, and enjoys experimenting with and modifying new musical selections in order to make the classical violin more accessible to audiences of all kinds.

In addition to giving many solo recitals and orchestral concerts throughout the world, Ji-Hae also performs in churches, prisons, hospitals and leprosy clinics, hoping to touch and heal those suffering from broken hearts, and to inspire all kinds of people, not just existing classical music-lovers.

Ji-Hae will share her amazing gifts with the Cape Symphony audience on January 19 and 20 in Opera Without Words, performing “Carmen Fantasie.” 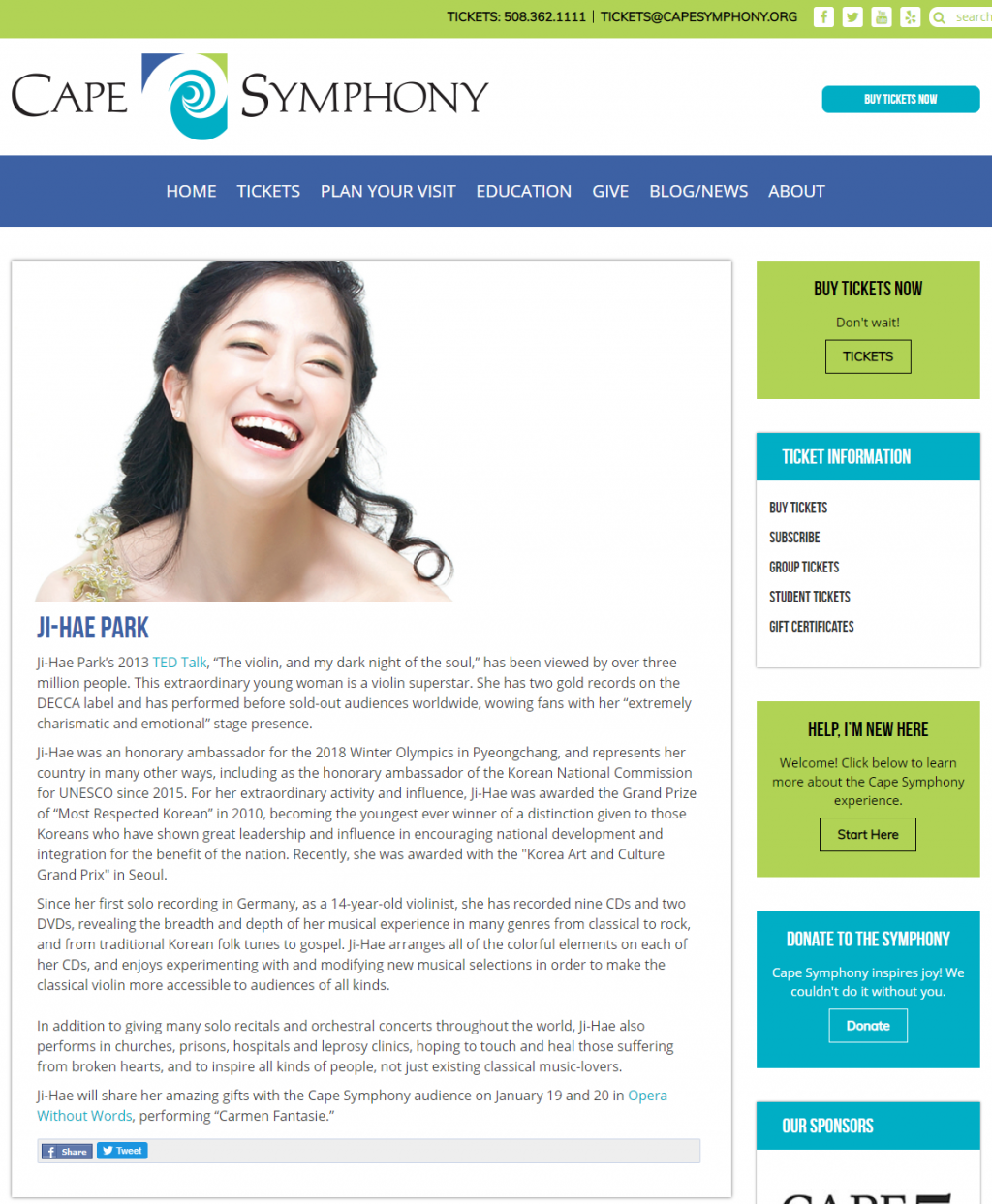 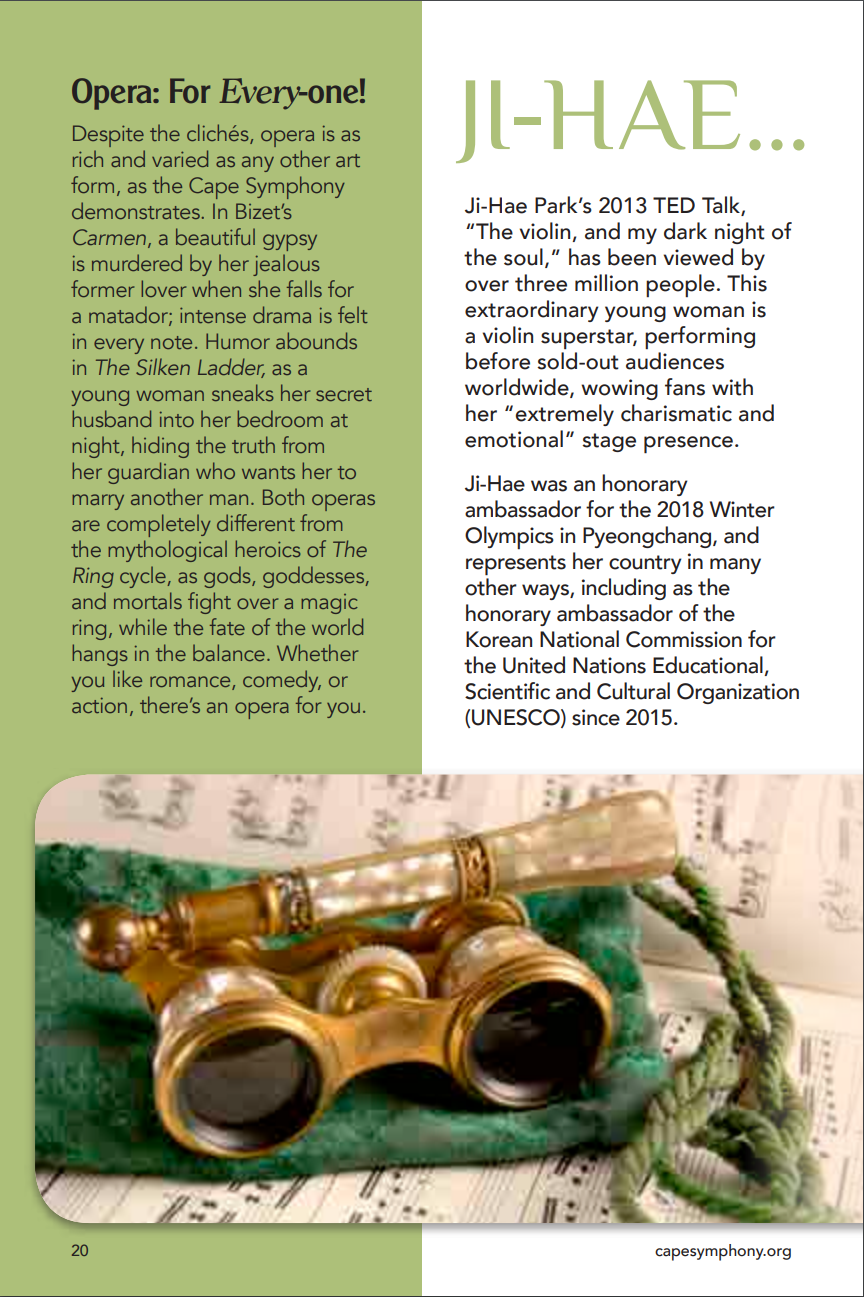 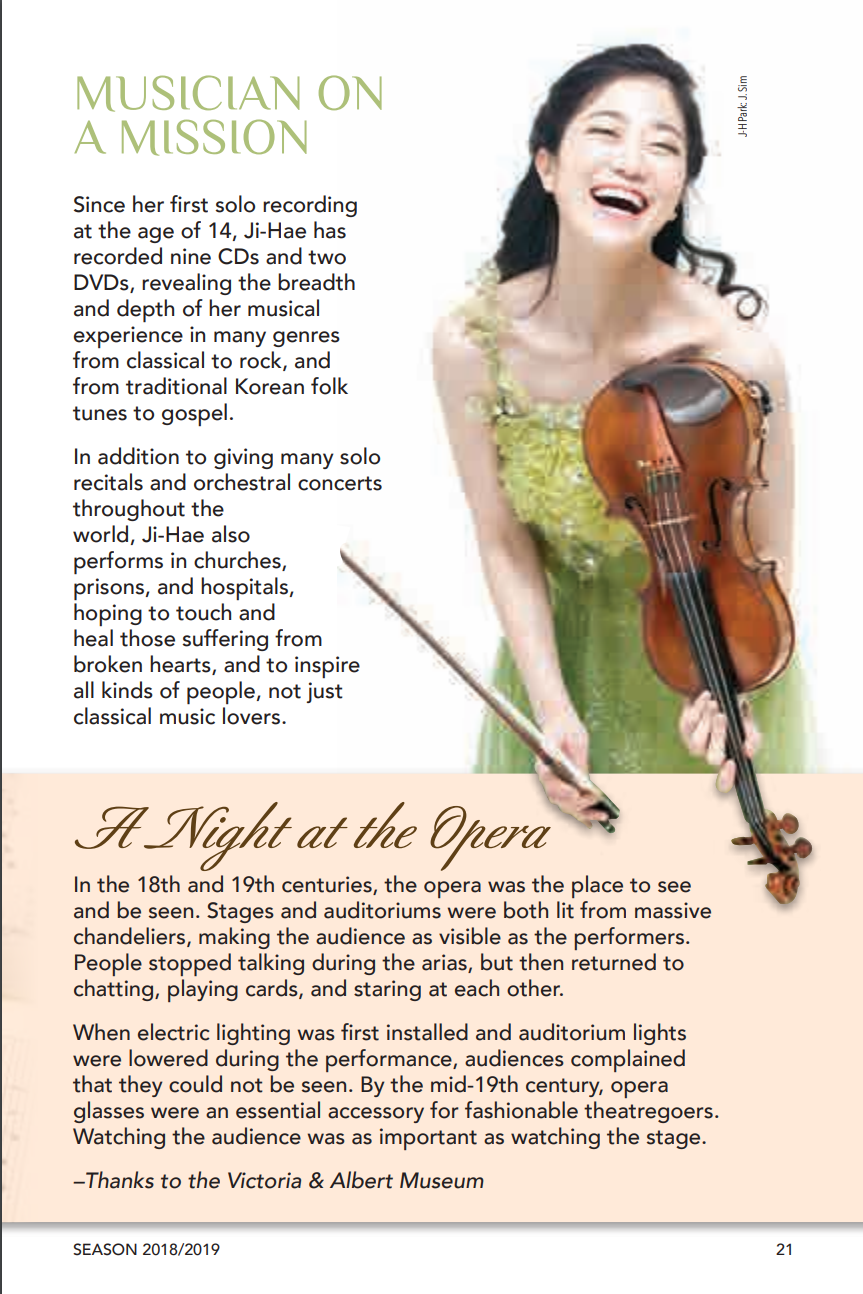 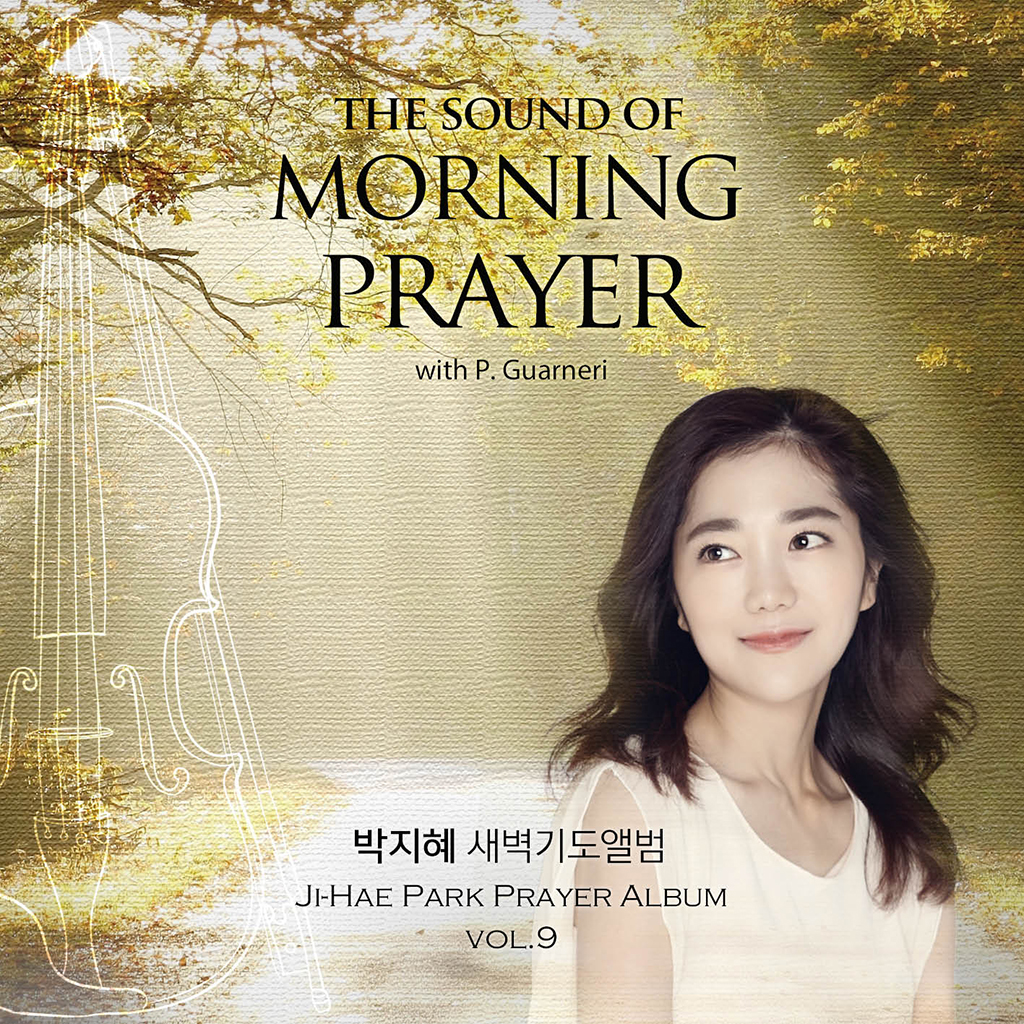 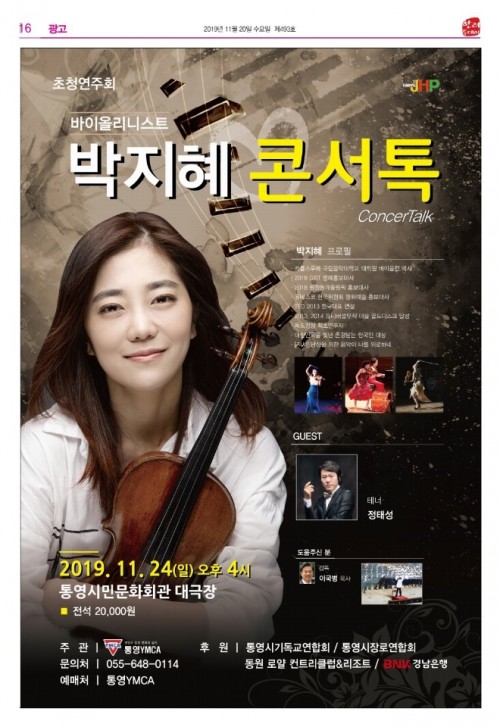 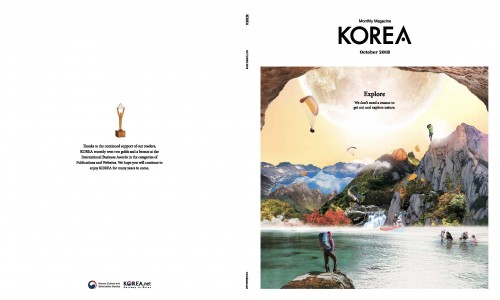